The name sounds strange, absurd to some, for a restaurant at 2477 meters above sea level in the middle of the Grisons mountains. However, the secret is easy to reveal: In the summer of 1992, as part of the “Crap Art” cultural campaign, an elephant made a guest appearance on Crap Sogn Gion for four days for a circus performance and enjoyed the breathtaking view every morning. The restaurant was named in his honor in the winter of 1992/93.

We are looking forward to welcoming you.

Check the LAAX App to see when we are open.

The Elephant. It enchants with breathtaking views, delicious food and a unique atmosphere. Creative, fresh cuisine such as the legendary penne from the Parmesan loaf, the Wienerschnitzel, the fish specialities and other unforgettable culinary highlights, accompanied by selected wines and charming service round off the mountain experience.

To the Menu
To the wine card 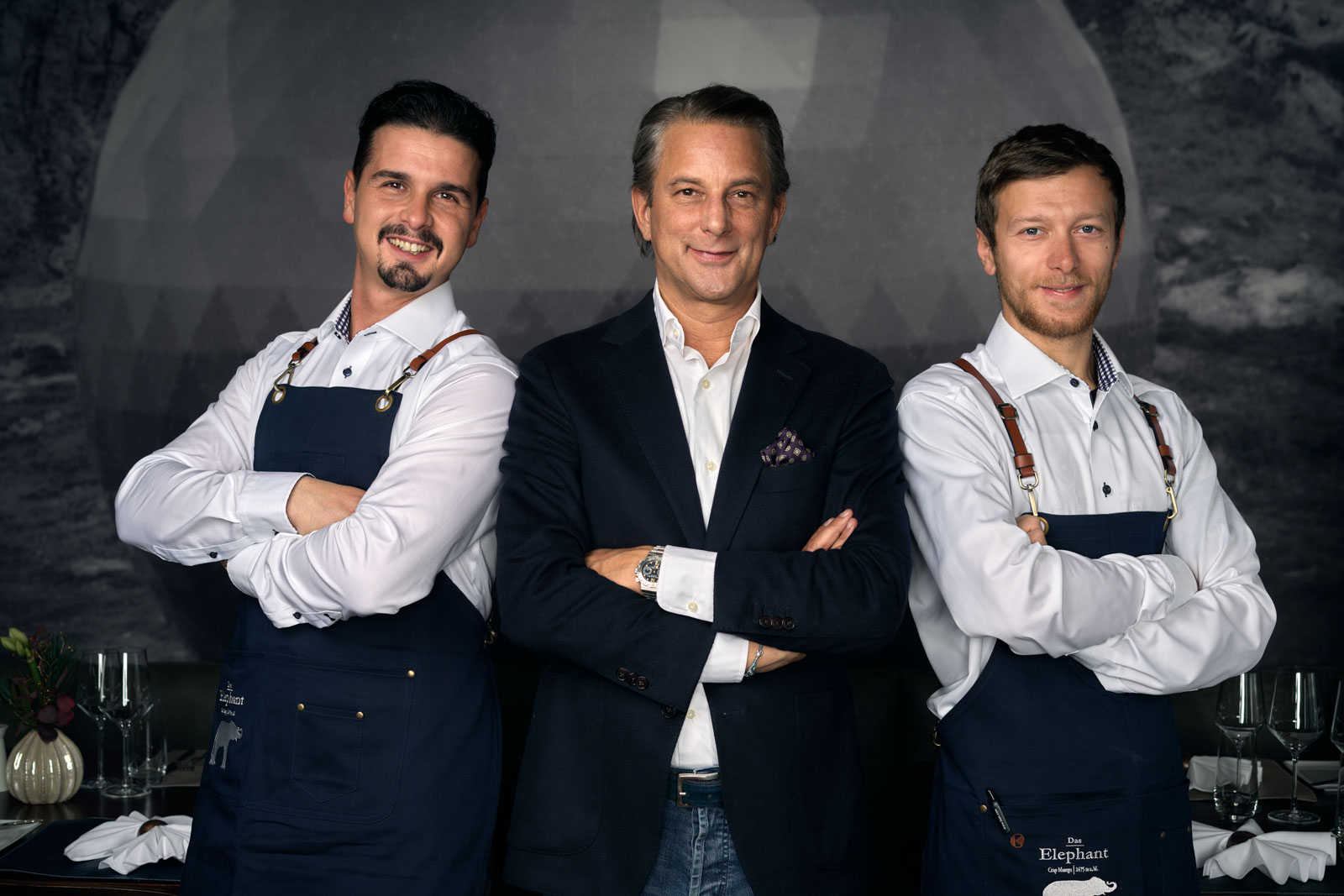 «Pleasure is not temporary; the impression it leaves behind is permanent.»

The Elephant can be reached with the big gondola from Laax valley station to Crap Sogn Gion and
from there to Crap Masegn.